I hard a hard time deciding what to make for dinner tonight. The thing is, I had ingredients left from all the nights I didn't cook this night (Tuesday, Thursday and Friday) and recipes waiting to be made. But after thinking it through, I decided to make fish.

There was a recipe in one of my magazines that caught my eye instantly (I have green Post-it that has been on it since day one to prove it): Lemon-Steamed Halibut with Radish Sauce. I couldn't steam it per se since I don't have a steamer or a steamer pot, but I just pan-fried it instead. And let me tell you, it was just as if the recipe called for a pan rather than a steamer.

I won't be blogging much more tonight. One quick thing though, its Saturday, which means I get to chill-out tonight (something much needed after the frantic week I had). It also means that tomorrow is Sunday, the eve of Marathon Monday. Aka, the night I will be biking through the streets of Beantown with my friends!

Ok, enjoy the pictures and try out the recipe! 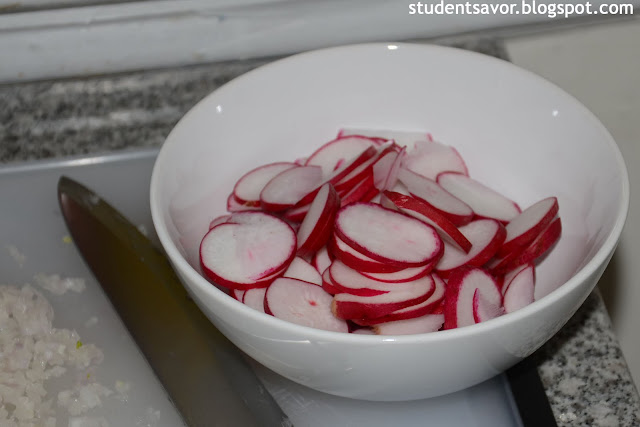 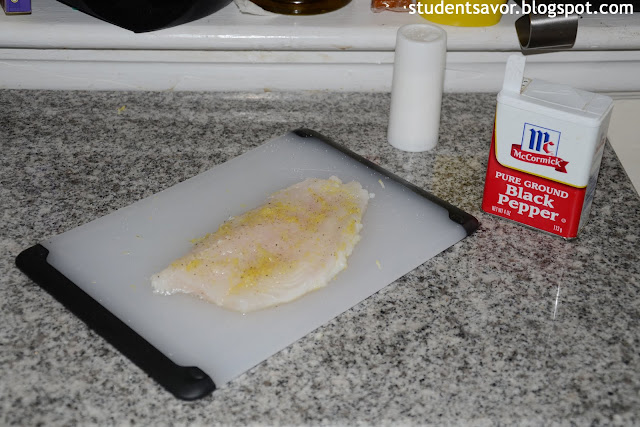 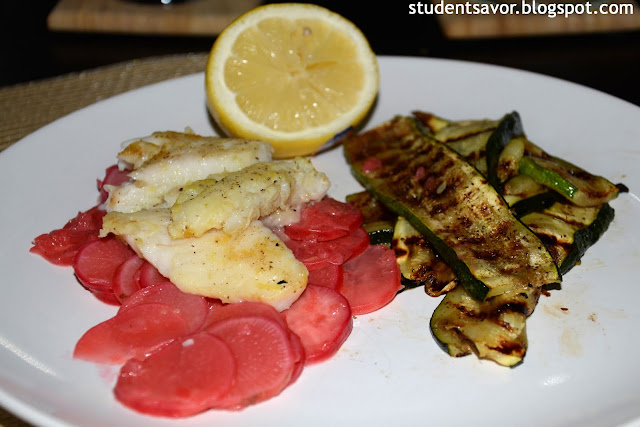 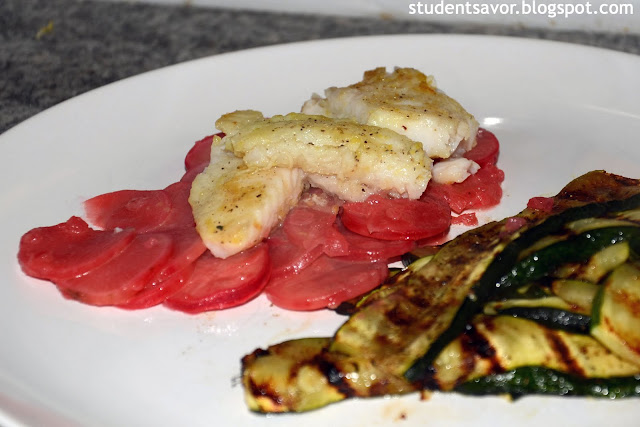