I too am on the pumpkin bandwagon

In the spirit of transforming my blogging habits, or at least returning to my old (more creative) cooking habits, I went grocery shopping on Saturday.

. . . And then I ordered more groceries today. 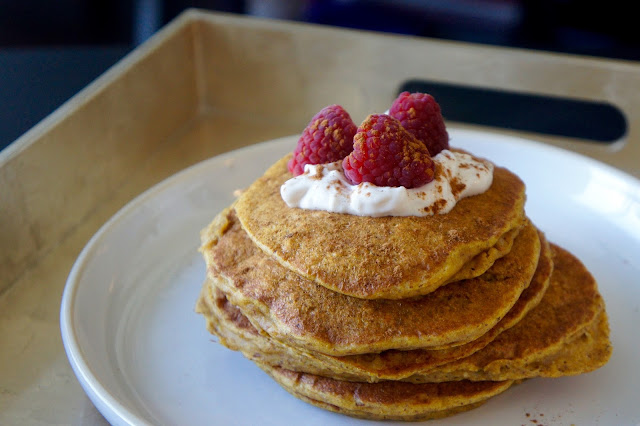 But I'm not here to write about groceries--although I probably will at some point, because let's face it, a full fridge makes me jump with joy. This post is to finally admit that I too have fallen into the in love with pumpkin flavors. 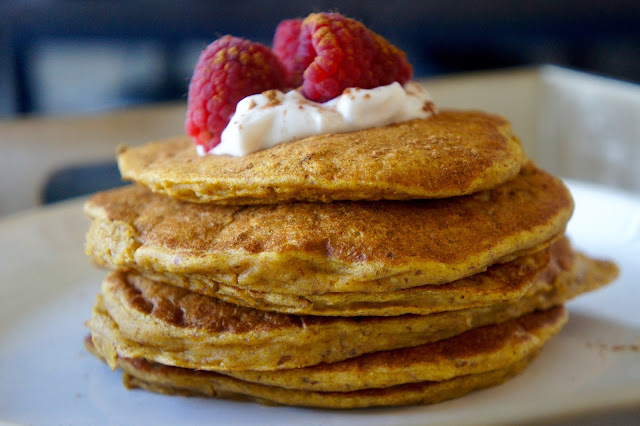 During my trip to the grocery store (Whole Foods) I ran into a lady sampling pumpkin ale. Now if you've ever been out for drinks with me, you know I don't particularly like beer. In fact, I'll only usually drink a beer if I'm in some way forced or challenged to do so. Nonetheless, I was compelled to try it. Maybe it was the heat or maybe it was fall itself (even though it's non-existent here in Austin). Who knows. All I know is that I didn't dislike too much--I still wouldn't purchase or drink a more than a couple of sips. 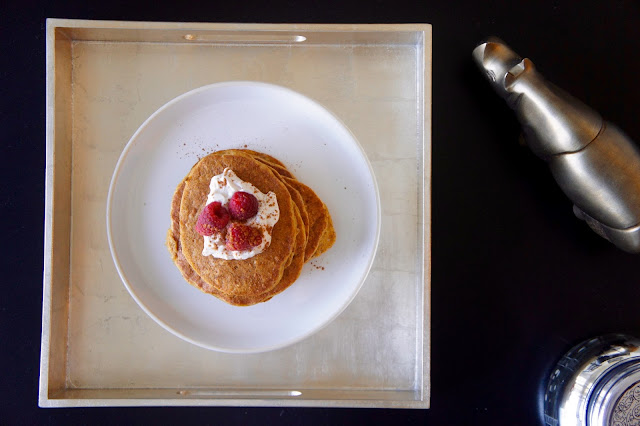 Anyways, fast forward to Sunday morning when I woke up with a huge craving for pancakes. Not five minutes later, I found a whole-wheat-pancakes pumpkin variation in a cookbook I received as a birthday gift last winter (shout out to Marco for this on-point present!). Then I opened my pantry and found a can of pumpkin puree! 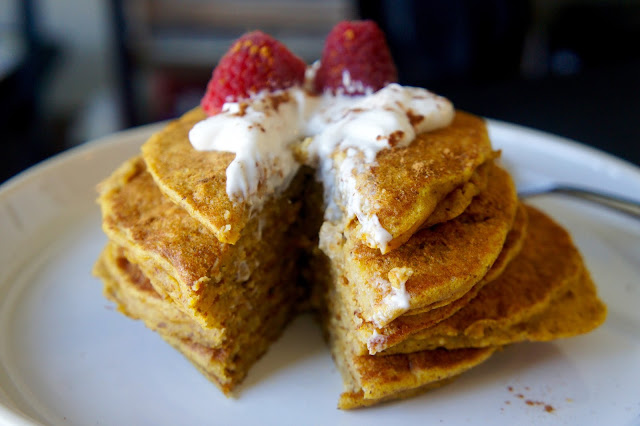 The recipe is delicious. If you're into the October pumpkin theme (or in any way amused by pancake variations), you should definitely try this out. Plus, these pancakes are actually healthy. I know, I know, pancakes needn't be healthy you say. But what's the harm in a healthy pancake that tastes as good as a not-so-healthy one? 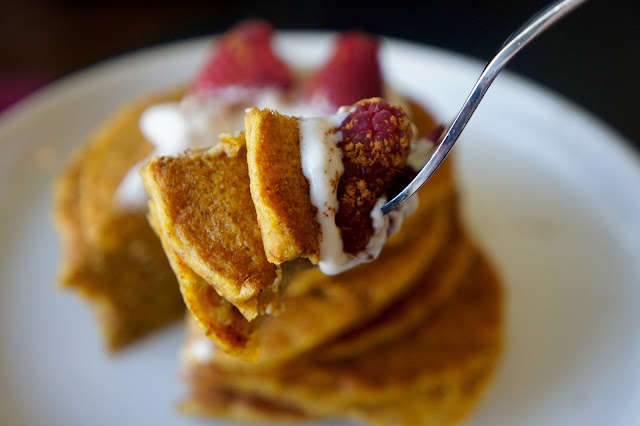 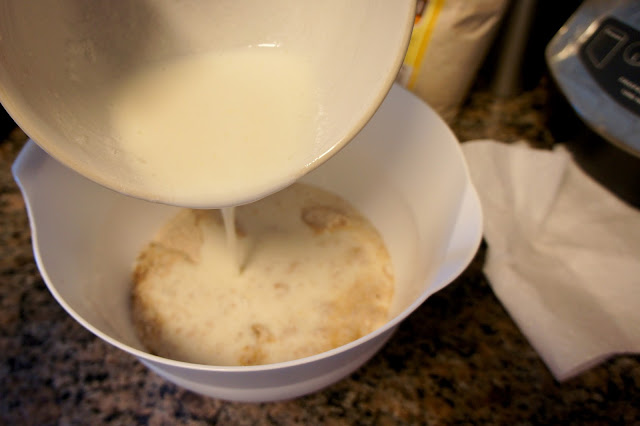 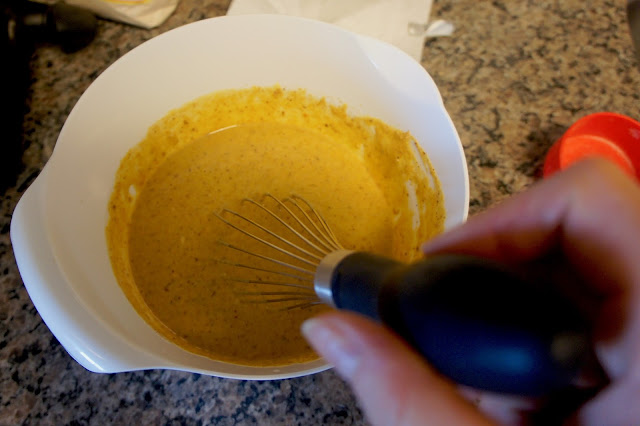 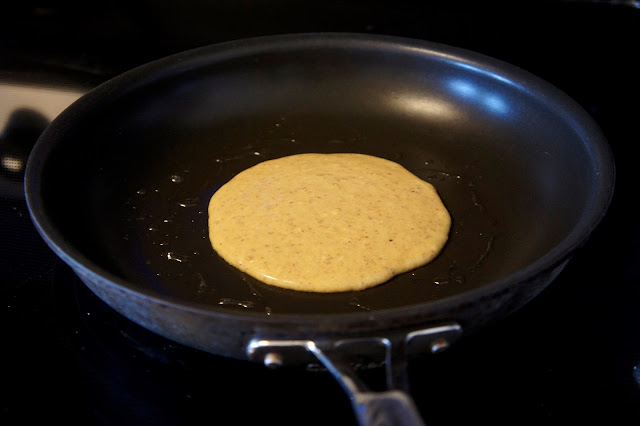 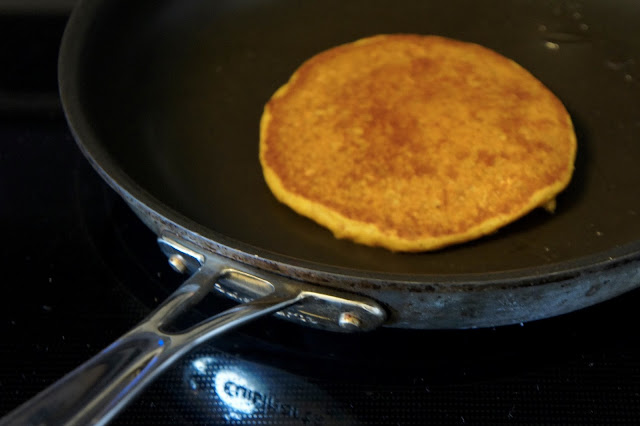