I should be in a great mood; or at least a good one. But I'm not. It sucks.

I'm not going to get caught up in that though, I'll blog about the semester ahead. Everything seems to be going smoothly--sure, I have only been in Boston for a week, but it counts. Classes are interesting, my job is good, the weather is consistently cold and snowy (which if you know me, that's a good thing).

Here's to the week ahead. Four days of class, three early mornings, two Cardiostep classes and what I hope will be a relaxing weekend. I don't have more to say since my mood is not cooperating, but here is what I made for lunch. 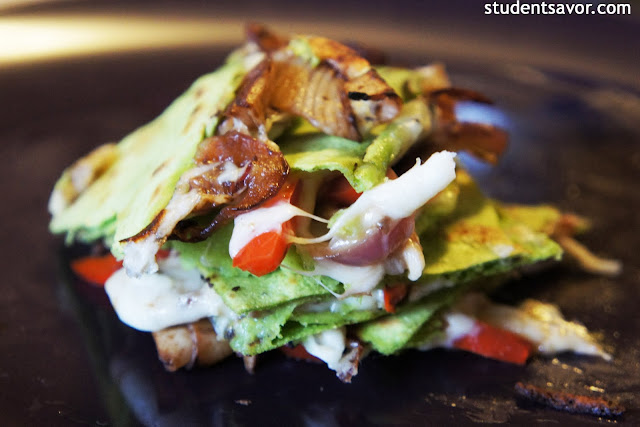 A sophisticated version of a Mexican staple, this surimi quesadilla is colorful and flavorful like no other. The sauteed vegetables make it a healthy variation (kind of) and the surimi marinade adds just the right amount of spice. Oh, and each bite packs a whole lot of cheese. Enjoy! 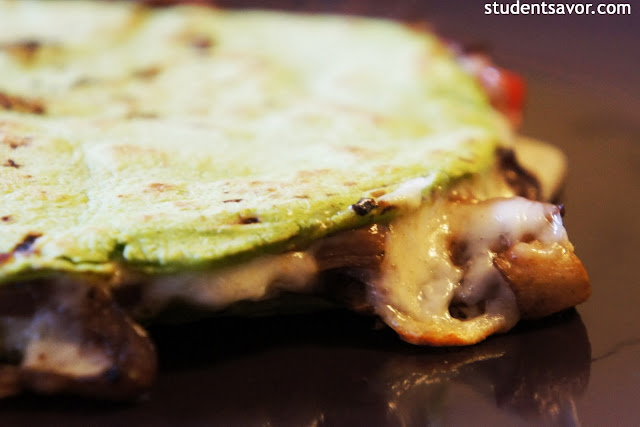 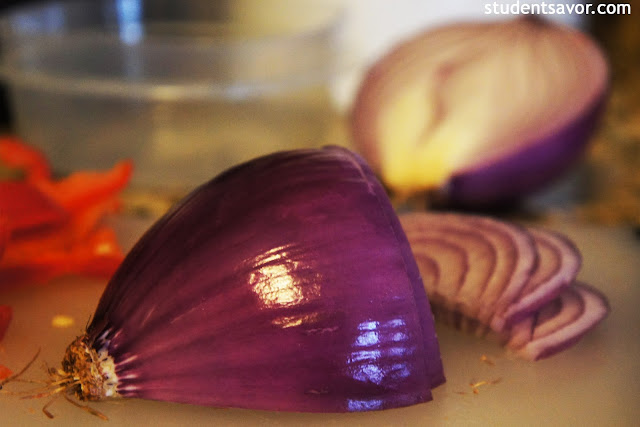 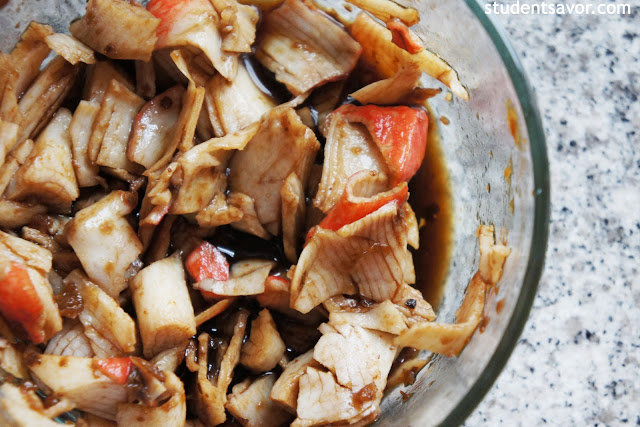 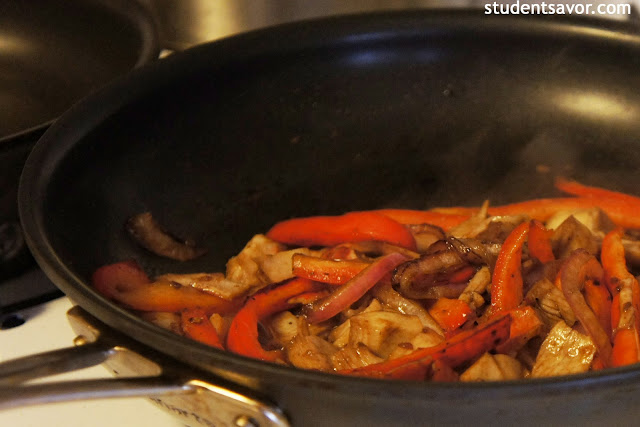 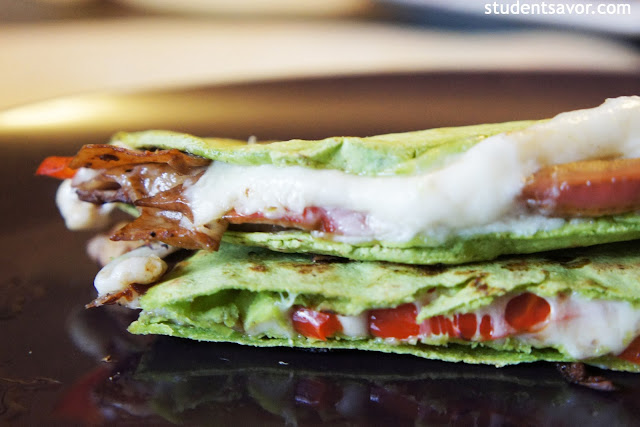