I want to be a lawyer. I think. I am adding it to my long list of things I would love to study, but I think this one might actually come true. I am really enjoying my Media Law and Ethics class at BU, and its the same feeling I had when I took law in senior year of highschool. So maybe the universe is trying incessantly to tell me something and I'm completely ignoring it. Oh well, we'll see what happens after my journalism major is complete!

Anyways, tonight was that kind of night when I craved salmon. Who would've thought I would ever say that. Me, the former seafood-hater who got grossed out even by the sight of uncooked fish, craving salmon? Well apparently so.

Anyways, I was debating whether to do the salmon cakes I did some time ago or grilled salmon instead. My roomie mentioned she would eat the cakes rather than the grilled fish, so my decision was made. But then I realized I had no zucchini for the Gourmet salmon cakes recipe; no problem though, Epicurious saved my butt.

I found a recipe from SELF magazine (this month's actually) and I decided to try it out. The recipes was Salmon Cakes and Greens, but I had written roasted cauliflower in my weekly menu and decided to stick with it. Oh and I also popped in a baguette in the oven for freshly baked bread to go with my dinner!

Ok first of all, let me state that I SKINNED A SALMON FILLET! I am so proud of myself for doing so. Its one of the challenges that is on my list (which will be posted very soon since I am still making final changes to it). Anyways, here are the recipes! 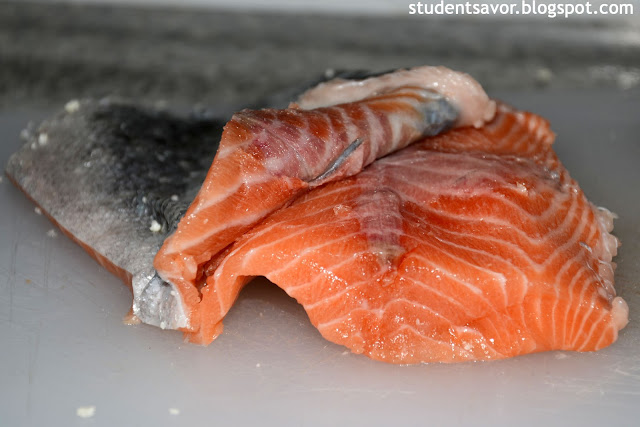 Salmon Cakes (adapted from SELF) 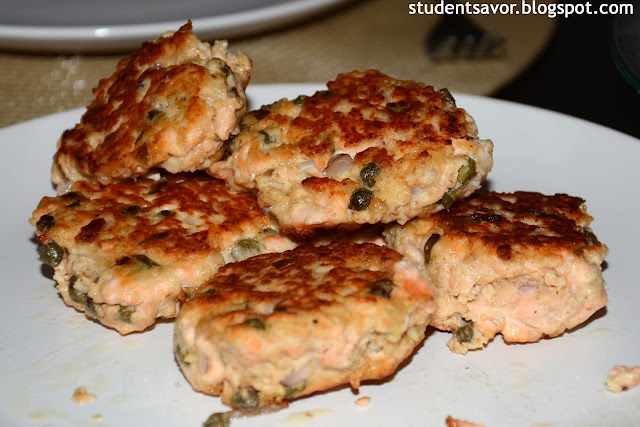 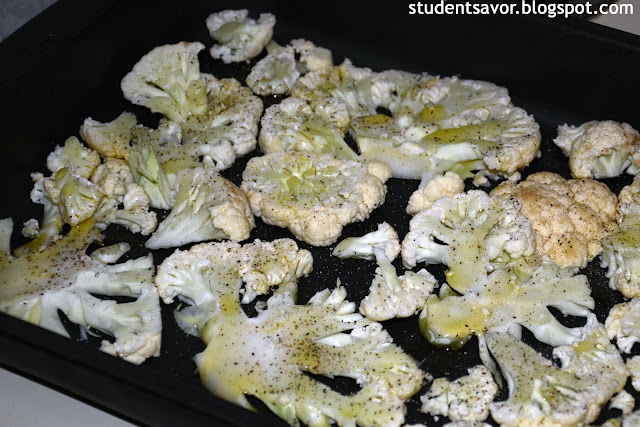 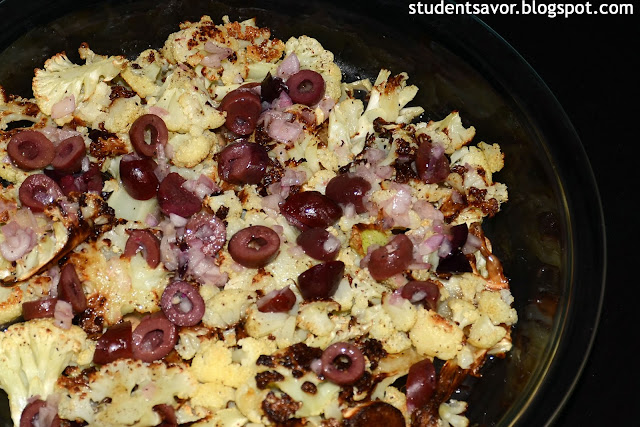 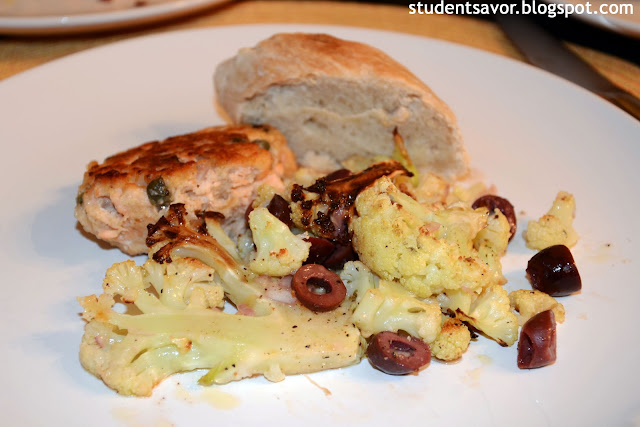