On Monday morning, I stopped at Barnes & Nobles (pretending I wasn't going to buy anything) and came out with the coolest cookbook ever. How to Cook Everything by Mark Bittman.
When I got home and started reading the book (I actually read the whole intro and everything) I started to get more and more excited. Today, I went to Borders and bought two more books. Bon Appetit Fast Easy Fresh, and a cookie book that I will introduce later.
Anyways, tonight I made turkey and bread. There's nothing as rewarding as warm freshly baked bread waiting to be dipped into olive oil and eaten. Yum.
The turkey was good too... (I'm kidding, it was great!)
French Baguette (from How to Cook Everything by Mark Bittman)
*The recipe asks for a food processor, but since I don't have one, I just used my hands. 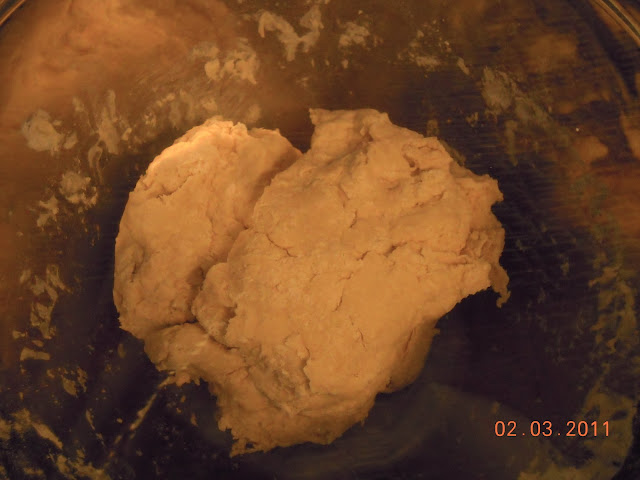 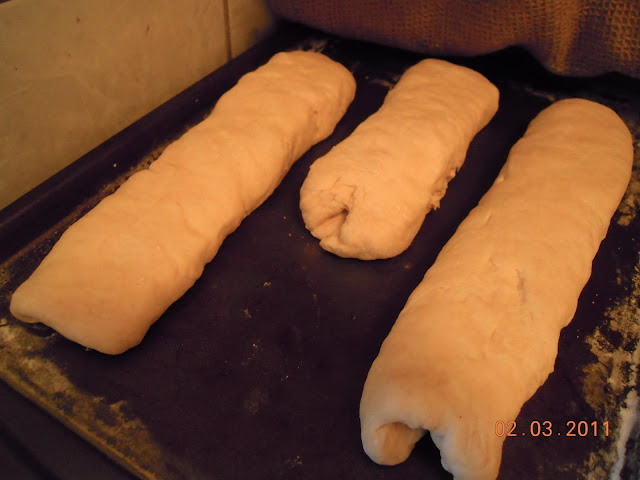 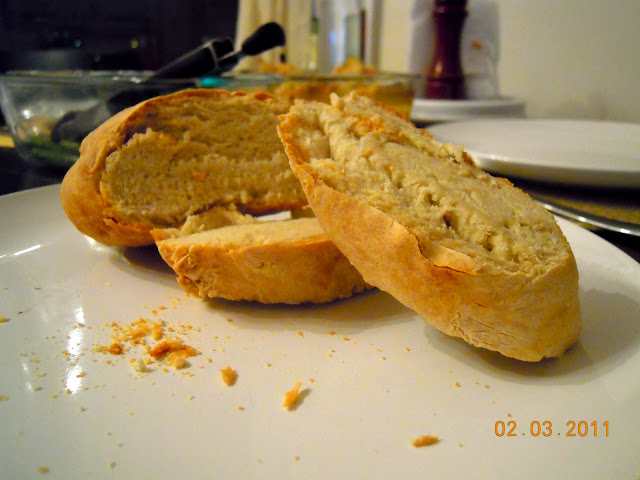 *(I really don't know how much the one that I used weighed since it had been in my freezer since Thanksgiving. Oops!) 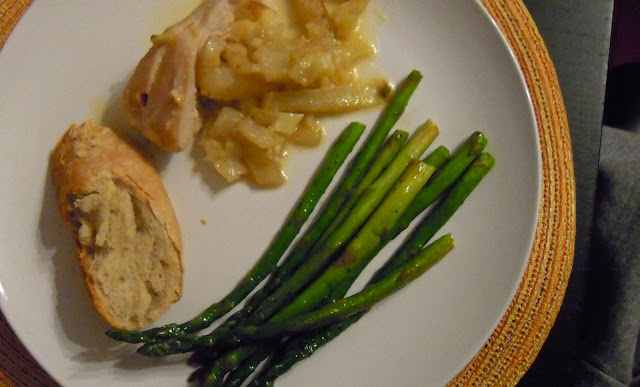 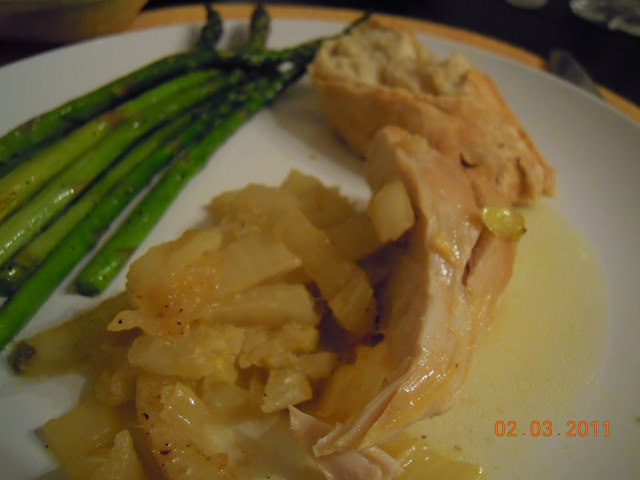 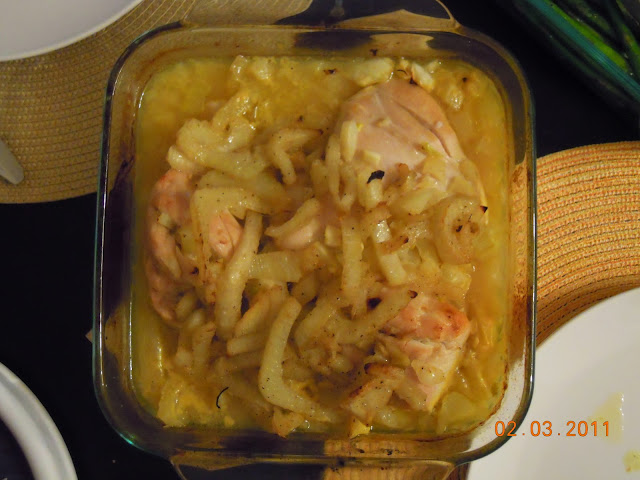