When most of my friends from BU think of tacos, they think hard shell lettuce-topped cream-and-cheese-sprinkled mince-meat-filled hard shells served with chips, guac and salsa on the side. Contrary to their belief, those are not tacos.
Let start with the basics. There is no such as a "hard shell" in Mexico. A crispy tortilla, otherwise known as a "tostada" is flat and served with beans, cheese, and chicken (or other variations), but you will most likely never see an u-shaped hard shell in an authentic Mexican plate.
That being said, a tacos is really just a corn tortilla wrapped around your choice of meat. Usually there is no lettuce, cream or cheese involved. But, there's also another type of taco, which some people call "flautas." I'm talking about shredded chicken rolled up in a tortilla and fried until perfectly crispy. These are served with lettuce, cream, cheese, guac, and salsa.
So there you have it, Mexican cuisine 101.
Yesterday my roommate wanted a Mexican dinner, so I decided to go all out and make her chicken tacos, rice, beans, and pico de gallo from scratch (with Trader Joe's guac since I couldn't find ripe avocados).
I wasn't able to find corn tortillas, so I substituted with flour ones, but ideally the tacos would have corn tortillas, and the rice would be red. 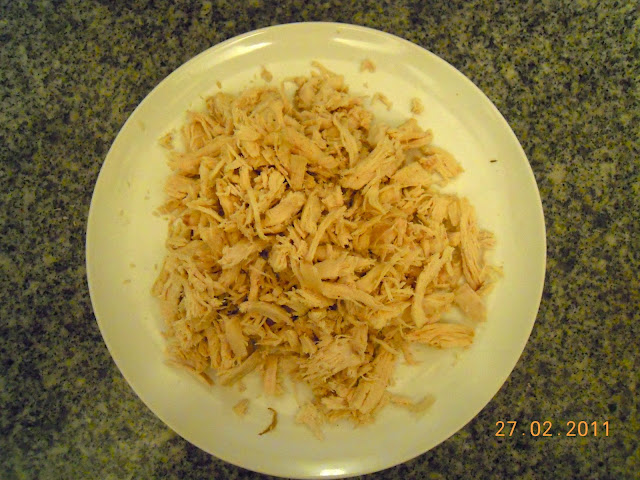 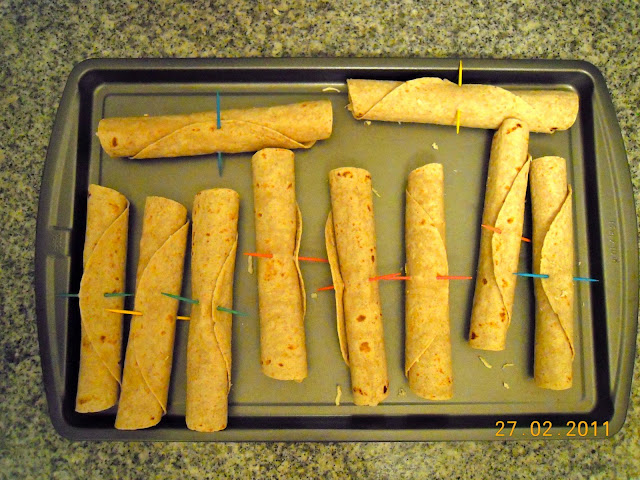 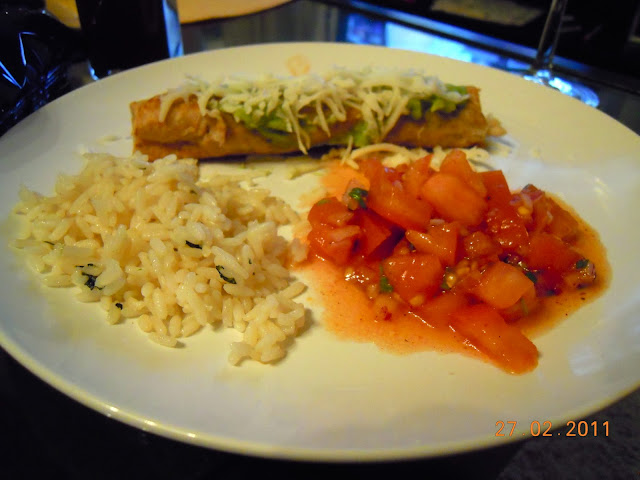 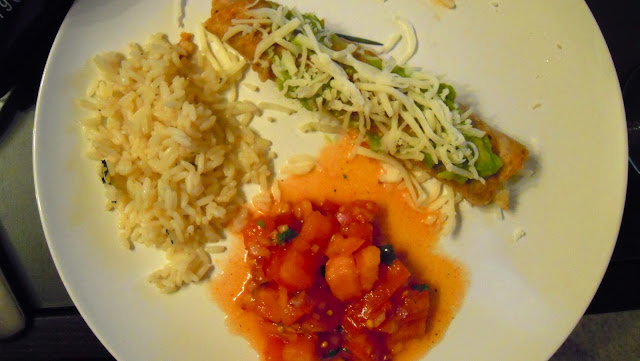 I took the rice recipe from Epicurious. Quick and easy Mexican White Rice
Posted by Estefania Souza Luque at 11:01 PM