I haven't eaten Mac & Cheese probably since I was about 13 years old. I remember asking my mother to make it over and over again, and she did sometimes (a gourmet recipe), but not often.
So I wasn't surprised when I came across a Macaroni and Many Cheeses recipe in a Food and Wine Magazine and felt the urge to make it.
It was a delicious recipe (despite the fact that it didn't brown as the recipe asked for) and it wasn't as heavy as I expected it to be (although I did substitute one cup milk for water).
I made some sauteed vegetables on the side, because we had some leftover in the fridge... 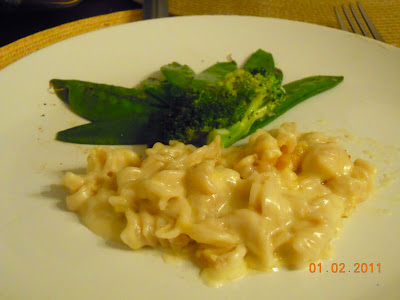 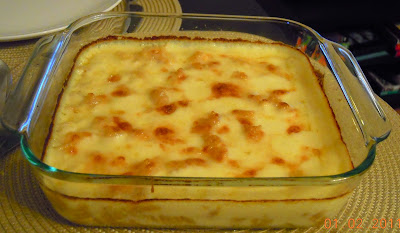